This was posted 4 years 9 months 29 days ago, and might be an out-dated deal.

Another month, another free Presto code.

I don't know if it works with existing accounts so may be worth a try. 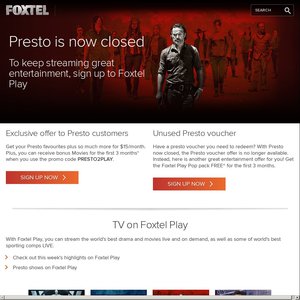