This was posted 3 years 5 months 19 days ago, and might be an out-dated deal.

Pre-Sale, ship in 9 days, cheapest so far, I've been tempting for months, still holding on… or not?

Copied from this deal

No coupon required and free shipping is included.

25/10 Note: This presale has been extremely popular, in the past this can lead to delayed orders when sales are beyond expectations. Purchase with caution. 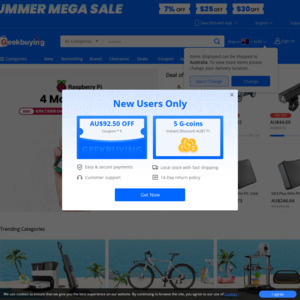