This was posted 10 years 7 months 29 days ago, and might be an out-dated deal.

Nightowl 24/7 Convenience Store
Excludes Tobacco, Mags, Newspapers, and ePay.
Yeah, same deal as before when he was.. 'closing down'.. really pimping it this time with tons of A4 printouts slapped around the place.
Picked up a big ice coke slurpee or whatever it is for $1.50
Corner of Chapel/Malvern (Prahran) next to HJ's
EDIT: added store descrip 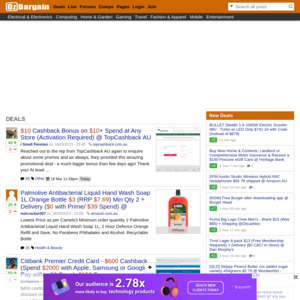