This was posted 3 years 2 months 5 days ago, and might be an out-dated deal. 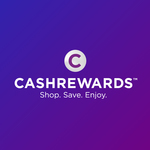 This is a huge cashback increase for the Samsung Note 9 (512GB, 8GB RAM) and Tab S4. I couldn't believe it and had to ask TA for confirmation.

If you're intending to buy these devices outright, don't forget this cashback!

Special terms -
Cashback is not available on purchases made via the Samsung Education Store.
Follow the Shop Now button to visit Samsung and view the list of postcodes eligible for express shipping (next business day delivery if ordered before 2:00pm AEST).

Cashback Schedule
Notification: 1 to 7 Days
Estimated approval: Up to 75 days