This was posted 1 year 1 month 6 days ago, and might be an out-dated deal. 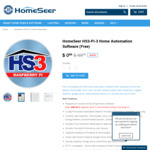 UPDATE: Thanks to a couple of observant OzBargainers, it should be clarified that the version on offer here is ad supported where the ad-free version is on sale at USD $79. It's not easy to discern that unless you trawl the listings on their website, which is a bit sneaky. So it would be disingenuous to say that this version was ever USD $99. I have no idea why they say it's only available until 10 July nor how obtrusive the ads are. Generally, once configured, you tend not to visit the desktop often, so I'd suggest it's probably not that big a deal, unless they're pushing obnoxious ads to the mobile app as well. Someone that has tried might care to comment.

ORIGINAL DESCRIPTION:
HomeSeer is offering their HomeSeer HS3 for Raspberry Pi3 for free until 10 July. It's legitimately normally USD $99. A couple of times a year, they offer a 50% discount on their software. I've never seen this for free. Particularly nice since it is the current software version.

Yes, I know there are free alternatives. HomeSeer is more plug-and-play than the current crop of open source options, so best suited to those who don't have the time or inclination to learn how to script routines or trawl forums to find solutions to issues. Free is free. Try it along with the alternatives and decide for yourself. I've got a spare Pi3 kicking around in my drawers, so that's exactly what I'll be doing. 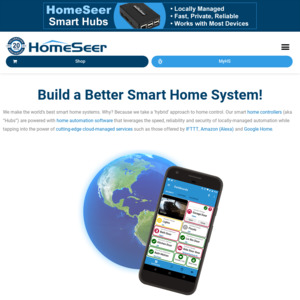