Lowest price ever and I'm hoping as it's delivered directly from the manufacturer it'll be the freshest ever as well.

I signed up to tbe mailing list and got this code for $20 off a case of beer which I assume is generic and it should work with the other offerings as well. If it doesn't work perhaps sign up to the mailing list first.

Delivery was 8 dollars for metro melb. This may change for other locations. But it is free for purchases of $99 or more.

Overall a great deal seeing as though a case goes for $75.99 at Dan's. 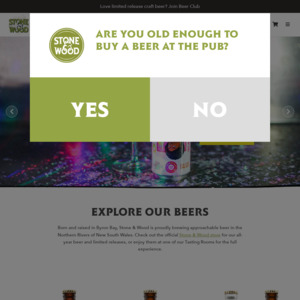