This was posted 2 years 3 months 17 days ago, and might be an out-dated deal.

not the lowest price compare to the previous time due to the price increase for NEW SSD and upgraded to 16GB RAM.

if you looking for lower spec PC. 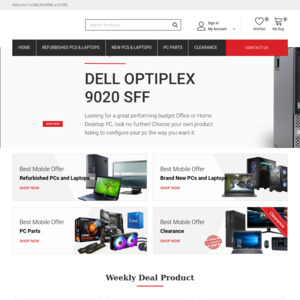