I grew my Savings Maximiser balance by a few dollars from the end of March to the end of April (did the same Feb to March too) but I didn't receive any bonus interest.

I had a big chuck of cash that I moved in and out of the account during the month so was expecting bonus interest on that. .

I made 5+ card transactions that had cleared and deposited $1000+ from external accounts. The reason I didn't qualify was because they say I didn't actually increase the balance.

When I called ING, I was told the calculation is made from the first day of the month to the end of the month. Then because its the first day, the balance includes the previous months interest.

They admit the interest isn't even calculated until midnight on the last day of the month so its impossible for it to be in the end of month balance.

They spoke to me like I was a total idiot, am I? 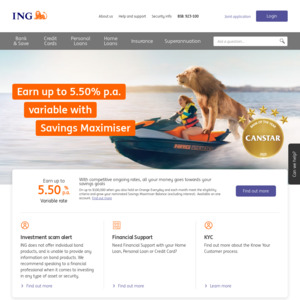