From today, new zero emissions vehicles purchased in the ACT will have their government registration fees waived for the next two years.

The registration fee waiver was included in a governing agreement signed between the ACT Labor and ACT Greens parties following the last ACT election. In addition to the two-year waiver of registration fees, ACT drivers are also able to access up to $15,000 in interest free loans to help cover the upfront purchase cost of an electric vehicle.

The initiative was announced in November last year but has now come into effect and will apply to any zero emissions vehicle purchased on or after 24 May 2021.

The waiver will also apply to both new and used vehicle purchases that occur on or after that date.

The annual government registration fee for a passenger vehicle in the ACT ranges from $314.40 to $572.90, depending on the weight of the vehicle being registered. In addition, drivers will still be required to pay for a number of other charges, including compulsory third party insurance and other road safety tariffs.

Newly purchased zero emissions vehicles in the ACT also remain eligible for a substantial discount on stamp duty, and electric vehicles purchased prior to 24 May 2021 will continue to receive a 20 per cent ongoing discount to their registration fees.

Chief minister Andrew Barr said that encouraging the uptake of zero emissions vehicles in the ACT was part of the territory government’s strategy towards reaching zero net emissions and that Canberrans had already purchased almost 1,000 electric vehicles.

“The ACT has an ambitious target of net zero emissions by 2045. Transport emissions now account for around 60 per cent of the ACT’s greenhouse gas emissions and of these emissions an estimated 70 per cent are from private vehicles,” Barr said. “Reducing the number of high emitting vehicles on our roads is significant to achieving our targets along with encouraging active travel and public transport use.”

“The ACT is fast approaching 1,000 registered electric vehicles and further incentives such as the two-year registration waiver and no-interest loans through the Sustainable Household Scheme will make purchasing zero emissions vehicles a viable option for Canberrans.”

The ACT government has taken a conscious approach to support and incentivise the uptake of zero emissions vehicles, contrasting the ACT government with some state governments that plan to impose new fees targeted at electric vehicles.

The Victorian government has attracted significant criticism for a plan to introduce a per kilometre charge on electric vehicles. The state government argues that the charge is necessary to recoup the costs of road and infrastructure maintenance, but electric vehicle advocates have labelled it as the ‘world’s worst EV policy’.

“The ACT has been leading Australia in electric vehicle policy and incentives,” Rattenbury said.

“For years we have had the most generous incentives for these vehicles, including stamp duty exemption for new vehicles, a 20% registration discount and access to transit lanes. From today we’re going further to offer 2 years of free registration for newly registered new and used zero emissions vehicles.

“Transport is the largest contributor of greenhouse gas emissions in the ACT and we need to reduce transport emissions quickly to achieve our emissions reduction targets. Along with encouraging active travel and improving public transport, encouraging the uptake of electric vehicles is a key part of doing this.

The registration waiver applies to all ‘zero emissions’ vehicles, extending to both electric vehicles and hydrogen fuel-cell vehicles. While there are no models of hydrogen vehicles currently available for private drivers, Hyundai has begun offering its Nexo hydrogen passenger vehicle for fleet operators. 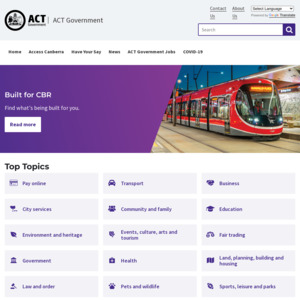