Noticed there was a 'deal' on the HM Aeron but got taken down yesterday. Looks like the deal is back up?

If you are familiar with the Embody's pricing, you'll know this is a crazy discount (quick glance, sees pricing at $2K min for the Embody).

I just visited my local Living Edge and put a deposit on the Embody, ETA end of June/early July.

I was informed that the sale will end on June 30.

Good luck, sorry this is my first post - hope it comes out OK!

I received the below update from Living Edge. Not ideal, but I'll probably just keep my order in. Keep this in mind if you are considering ordering.

We have recently been advised of another COVID-19 outbreak in the Guangdong district. This has shut down the shipping line without notice and our containers never left.

All our Embody stock that was due to arrive in mid-July has now been pushed back to mid-September. 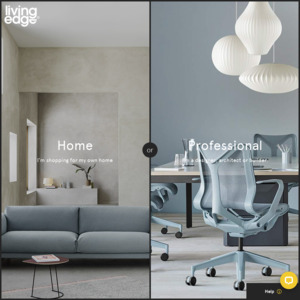