This was posted 5 years 8 months 27 days ago, and might be an out-dated deal. 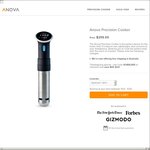 No idea when the coupon code expires. Anova are now offering free shipping to Australia, so I think this is the lowest price it's ever been for Australians. With the exception of targeted offers some may have received. They've also dropped the base price of these units by $20 so it's a pretty decent deal.

They've been dropping price a lot lately. I speculate they're either going broke, feeling the pinch of competition or setting to release a new model. Will they continue to drop prices? Anyone's guess. It's probably a good buy for those wanting to get something for Christmas for the chef in their lives. 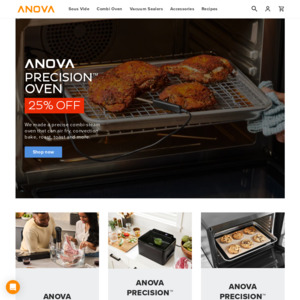