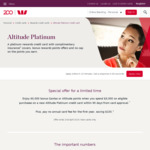 Earn 60,000 Bonus Qantas Points when you spend $3,000 on eligible purchases within 90 days of card approval.

$0 annual card fee in the first year (normally $150)
Earn 0.5 Qantas Points per $1 spent on eligible purchases
Bonus Qantas Points will be credited to your points balance within 12 weeks of the eligible spend criteria being met
Minimum credit limit $6,000
$50 Qantas Rewards fee
Up to 45 days interest free
Existing Westpac customers who currently hold an Altitude Platinum or Altitude Black credit card, or who have held one in the last 12 months, are not eligible for this offer. 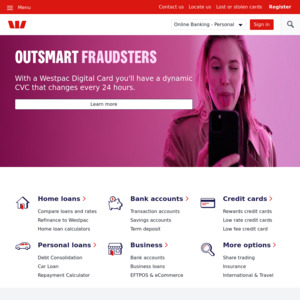