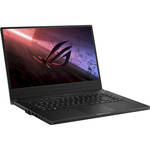 Good price for this model.

Other Asus deals here. I haven't checked the prices on each model, but here are two examples of decent deals: