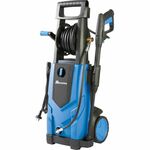 Great price on this pressure washer which includes a snow cannon, as advertised in their latest catalogue.

Other people have said the Ryobi one (https://www.ozbargain.com.au/node/644276) is a better investment with the extra warranty, but each to their own. The Ryobi one doesn't have a snow cannon though.