This was posted 4 years 1 month 19 days ago, and might be an out-dated deal.

One plus is entering Australian market with an open sale event starting today at 10 am with limited supply of oneplus 5 to test their product and supply chain. So, Order OnePlus 5 today starting at AUD 599 to get a free Sandstone case.

We're selling the international version of the OnePlus 5 shipped from our Asia warehouse.

This means no GST / Tax Invoice, and an overseas charger. 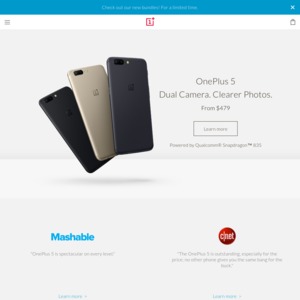