This was posted 3 years 6 months 30 days ago, and might be an out-dated deal. 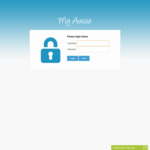 Not sure if this is where this should go (maybe a forum post?), but some may be interested in it.

Got an email today from Aussie Broadband saying that they are going to be trialling a prepaid system for "long term users." I wouldn’t consider myself a long term user of their service, so it may or may not be open to anyone that has a current account. Possibly even targeted. (Confirmed as min 6 month with ABB is required to get this deal.)

The bonus credit is equivalent to a 16% discount on the cost of your internet bill over the time period you've chosen.

Bonus credits are not transferable or redeemable for cash - you can use them to pay any part of your bill including phone call costs, plan upgrades or internet usage.

We still don't believe in lock-in contracts so if you've pre-paid but you wish to close your account with us, we will fully refund you the upfront amount remaining on your account (but not the bonus credit). If you want to change your plan for a lower cost one at any stage, your credit will simply last a little longer!

The link above should take you the login page and then to the offer, or you can login and on the "Usage and Billing" tab, under "Billing" you will see "Loyalty Offer".

Edit: It seems to be confirmed now from a few people trying it. Seems you need a minimum of 6 months as a customer with ABB to be eligible.

Addendum by the Store rep: this is an invitation only offer and eligible customers received an email yesterday. 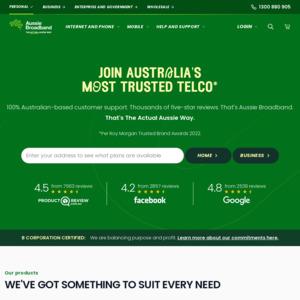