This was posted 5 years 3 months 7 days ago, and might be an out-dated deal. 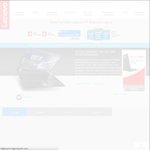 Met with a Lenovo rep, and have his permission to post this early. $36 cheaper than previous best and goes live at 9am Friday. Now active :)

Downgrading from Windows 10 Pro to Home Edition will drop the price from $998 to $898. Apply code MONKEY.