Ditch the NBN if you’re in Ballarat, Mildura or Geelong and can connect to iiNet/Westnet cable.

Typical evening speeds of 200/20Mbps. From seeing users Speedtests the speeds are closer to 250ish/50Mbps. 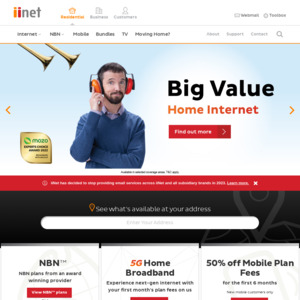