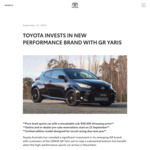 The 2021 Toyota GR Yaris will have a sky-high recommended retail price of $49,500 plus on-road costs, but the first 1000 buyers will be able to secure one from $39,950 drive-away when order books open from midday next Wednesday.

An additional special offer will give the first 50 buyers of the GR Yaris a fuel discount of 20c per litre for the first 12 months, when purchased via the company's myToyota portal.

Although the price aligns with the Subaru WRX, the Toyota hot hatch is a class size smaller. The ageing WRX offers less power, however, and weighs nearly 170kg more than the 1280kg GR Yaris.

The engine in the Toyota GR Yaris is a 1.6-litre turbocharged petrol three-cylinder putting out 200kW of power and 370Nm of torque, making it the most powerful three-cylinder engine ever offered in a production car.

Power is distributed via a six-speed manual transmission to all four wheels, and the hatch can reach 100km/h from a standstill in 5.2 seconds. 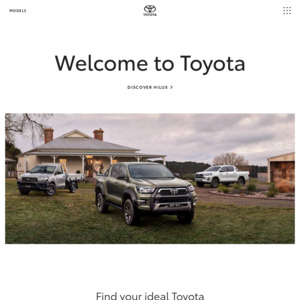