This was posted 3 months 4 days ago, and might be an out-dated deal.

Deal is on again beginning week of 20 Oct and looks like only $100 and $250 eligible. $5 and $7 fee applies per respective amount and limit of 5 per customer

Coles Mastercard Gift cards cannot be used to purchase any other gift card sold at Coles.

How to check if your card has been swapped out - The card ID MUST match the last 11 digits of the barcode. 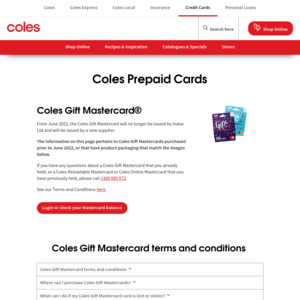