While obviously the top end of town is preoccupied with super-duper-GPUpers that will become available in about, ooh, 8 days' time, here's one at the opposite end - an entry level Esports Gaming PC. Add a 22" 1080P monitor, wired keyboard and mouse for an extra $99. Ryzen 3 chips are not available in any quantity at the moment if you're wondering why Intel. 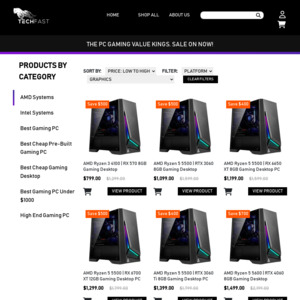