This was posted 11 months 8 days ago, and might be an out-dated deal. 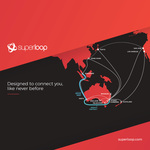 $20/month off for the first 6 months on all Superloop NBN plans for new customers only. No signup fee or contracts apply. Enter promo code SLC20FOR6 at signup under 'Referrals and Promotions' at the details page.

If you've missed out on the recent Aussie Broadband offer, Superloop is a solid nbn provider with an excellent network to rival or arguably surpass Aussie Broadband. Australian-based support in SA. Excellent latency around Australia and internationally to locations like USA, Europe + Singapore (both via Perth on Indigo cable) & Japan. CVC charts similarly to Aussie Broadband are made available in the members portal for your POI. 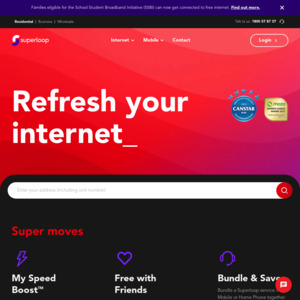