This was posted 4 months 16 days ago, and might be an out-dated deal.

Full credit to walaj on Whirlpool.

Only available to selected Foxtel Now customers. Offer must be redeemed by 30 June 2021 or while stocks last. 12,000 boxes available. Foxtel Now box will be delivered within 15 business days to the nominated delivery address. Limited to one per customer. Not available in conjunction with any other offer.

Should work with the 10 day trial, or the free month for Telstra postpaid customers: 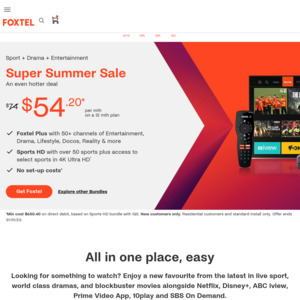