This was posted 11 months 19 days ago, and might be an out-dated deal.

updated Monday 9th of August: Sorry for the delay all jerky will be shipped this week, again we apologies and thank you for your patience.

100% Australian Made and Owned
Biggest Discount ever offered, healthy high protein snack.
Great for when you are relaxing at home or watching the footy.

Another Great Deal brought to you by Buy Aussie Now.

About Dr Proctor
We are passionate about creating new, innovative and exotic products and take pride in what we do.

After two years of design and testing, our original brand ‘Doctor Proctors’ beef products, entered the market in 2011 with rapturous applause. The products quickly established their place in the market and have gained market share annually.

We only use 100% Australian Beef which is made from pure topside muscle and not processed cheap cuts and take pride in supporting Australian Beef Farmers who over the years have had it tough. We believe we have a product second to none!

We are proudly 100% Australian owned & operated. 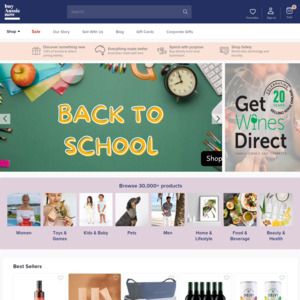