Similar to other Klarna deals, though running for a shorter time

Ends 12 August 2021 at 23:59PM AEST. Eligible customers must select and use Klarna as a payment option. The maximum amount waived from the fourth and final repayment is capped at $100. For full T&C's: https://www.klarna.com/au/klarna-x-kogan-com-offer-make-3-pa....

UPDATE:
Spoke with Klarna Chat: This offer is valid on MULTIPLE purchases as long as you get approved by the automated system and meet the promotion criteria. The final payment (offer) is waived in 10-15 days after third instalment is paid in full and on time.
also confirmed by yojabbajabba below in comments

UPDATE 2:
Seems this is a popular deal so editing this one to list a few other things that the Ozbargain community have already bought/ thinking of buying.
Apologies if I made you spend money you didn't want to. But you wont be an Ozbargainer if you didn't do that ;)

Thank you to posters of the above deals. (I have not added couple of deals that are showing out of stock) 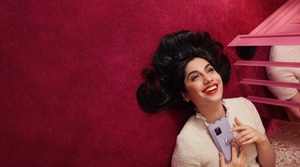