Top Deals, Comments, Forum Posts, Members of The Month and Other Stats for August 2016

Roy Morgan released a report which said that OzBargain was the fastest growing site in the retail area. They state:

Founded and still run by a Sydneysider named ‘scotty’, OzBargain is Australia’s fastest-growing shopping-related website, now with 948,000 unique monthly visitors—more than 2.5 times as many as in 2012.

As Scotty pointed out, our uniques are currently at 1.8m a month, double the figure Roy Morgan gives. However, looking at August 2012, the uniques were 963,988 so while the numbers may be off the ratios are fairly accurate. 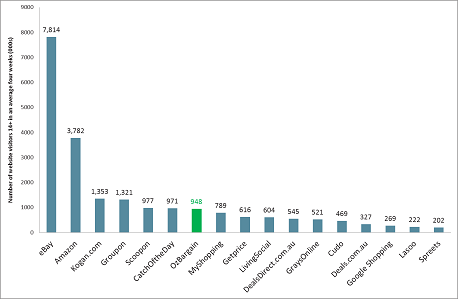 We surpassed another milestone and at around lunchtime last Wednesday, we ticked off our 4,000,000th comment. Our next big milestone is our 10 year anniversary in November. We are planning an event that stops the nation, or at least takes down some retailers websites and are hoping to get some retailers on board for some cracking deals. In the next week, we will be doing a T-Shirt treasure hunt where we will be giving out our new OzB 10 T-Shirts. Stay tuned.